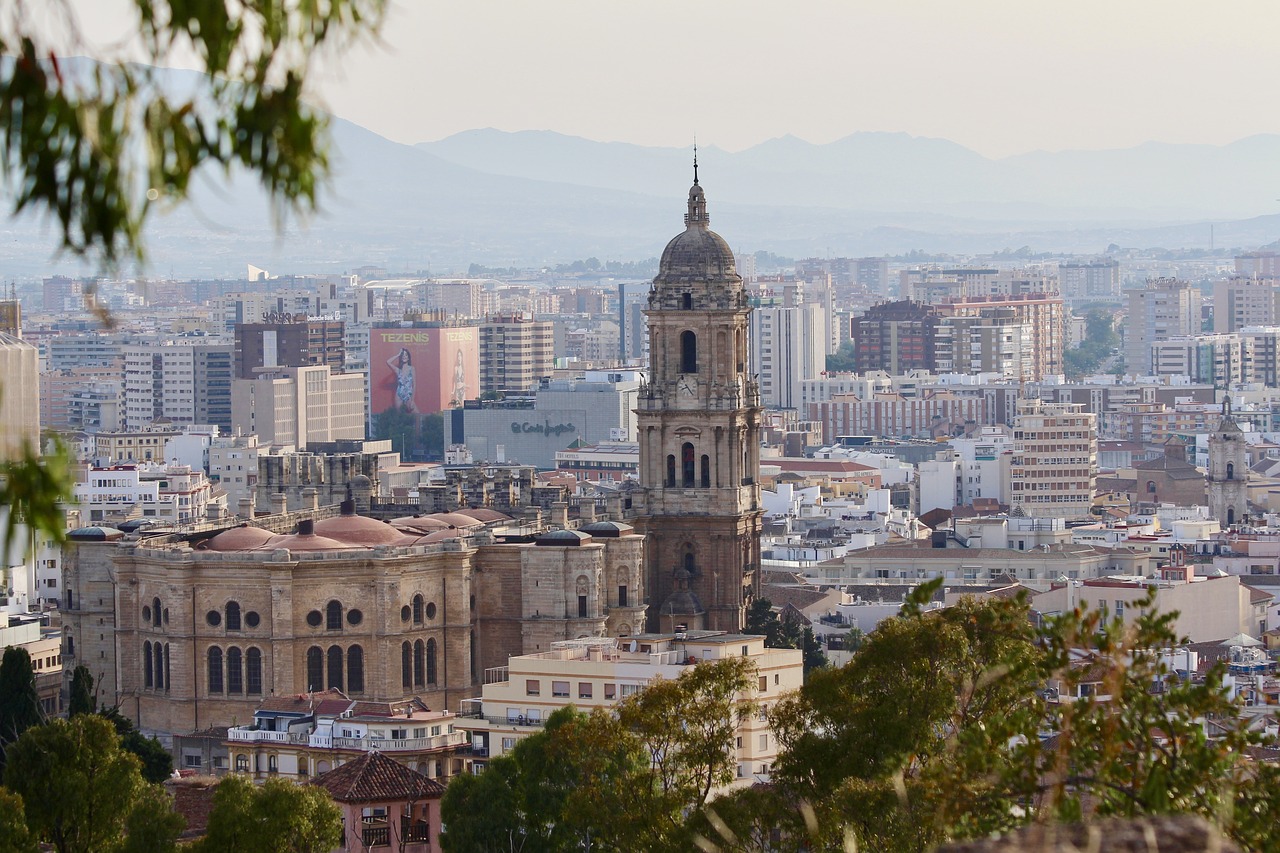 Malaga has always been distinguished by the sun and its temperatures to such a level that Google wants to install its security headquarters here thanks to a day of enjoyment at Muelle Uno under the ocas. But also. The capital of Malaga has more to offer than everything that we are capable of enjoying with the naked eye.

This cosmopolitan city houses authentic treasures in its historic center that deserve to be visited, history is breathed in every corner, so a stay in Malaga, far from what the collective imagination can imagine, requires at least a couple of days.

You can enjoy much more, apart from passing with these temperatures typical of the Costa del Sol.

Calle Marqués de Larios or Calle Larios, as the people of Malaga call it, is the city’s thoroughfare par excellence, born in the  19th century . It extends from the beginning of the Alameda Principal in a northerly direction towards the Plaza de la Constitución, the most important square in the old town of Málaga.

Among its walks we highlight the one you can do on Christmas days enjoying the show that you give us its lights, sounds and of course its people. The Roman theater is the  most important vestige of the Roman period  in what was the old “Malaca”. As we mentioned before, it is located at the foot of the Alcazaba, in front of the famous Pimpi cellars on Alcazabilla street.

As you pass through its street you will see the multitude of people with the Malacitano atmosphere that gives us moments of music and laughter.

One of the most sought after places by the traveler is the Plaza de la Merced, the one that would have seen the master Picasso grow during his first years of life.

In fact, the place has  the Picasso Birthplace Museum  just in the upper left corner of it, as well as in it is the  statue of Picasso  of which it is said that  if you do not have a photo with it, it is as if really “you would not have been in Malaga” .

In the middle of the large space is the monument to General Torrijos and his soldiers, all of it flanked by trees and benches that give it a different character; not to mention the tapas bars that are in it.

The Plaza de la Merced is at the end of calle Granada and calle Alcazabilla, in front of the tunnel that crosses under the Alcazaba of Malaga and a stone’s throw from the imposing Teatro Cervantes.

It is one of the most traditional wineries in Malaga, considered by many as  “the restaurant of Malaga” .

Its location is unbeatable, with the entrance and Calle Granada, a few meters from the Picasso Museum and close to Plaza de la Merced, while its idyllic terrace fully overlooks the majestic views of the Roman theater and the Alcazaba of Malaga.

If you go in, you will see a multitude of  photographs and autographs of national celebrities  on the walls and barrels, such as Dani Rovira, Antonio Banderas or Paloma Picasso, among many others.

Have you already enjoyed its precious corners? Leave your bags with us, enjoy and tell us about your experience!